New Game for tablets, smartphones and the Web

SLYDRS, our new puzzle game, is now available on iOS, Android and the Web !
Learn more

Soft released, the game's title is hidden in this screenshot, take a closer look!

To be informed of its release, follow us on your favorite network.

Our first guide intended for Clickteam Fusion users is online. It's about wrapping game objects around the screen in a visually seamless manner.
This is a pretty fun feature that is used in our games CrazyCrab and Bonbon Quest.
Read the tutorial

Philippe Le Pourhiet, geobiologist in Brittany (France), asked Oliver Pearl to build his website. Developed in HTML5 and CSS3 with responsive design in mind, it's easily accessible to all users whatever the device.
Visit the Web Site

Check out our first html5 game Treasures, instantly playable on all your devices. Available for licensing.
Play

Play our games on iOS ! 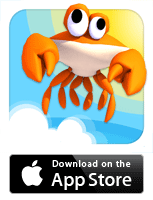 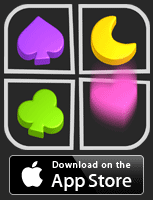